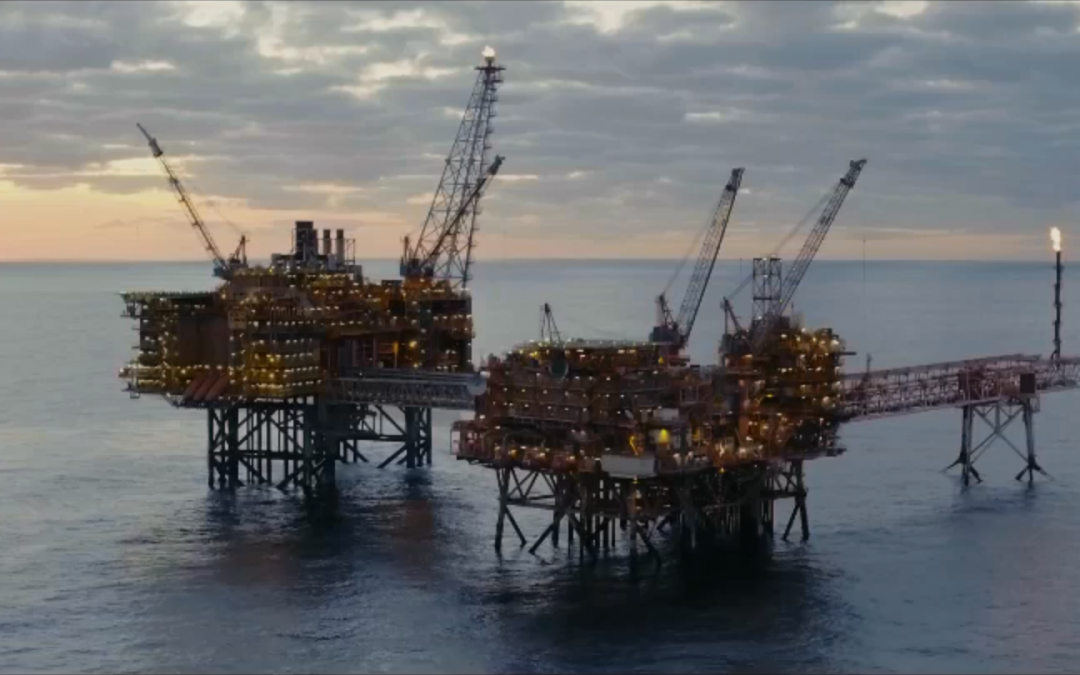 Shooting aerial video at anytime is great fun and challenging, shooting aerial photography offshore in the oil and gas industry is a completely new adventure in its own right. We were recently hired to shoot for IBM and Woodside on the North Rankin platforms 150kms offshore from Karratha in Western Australia, just getting was half the fun!

We already had our Emergency Helicopter Evacuation Certification, the one where they strap you in a mock helicopter, roll it upside down and drop it in a swimming pool and you have to get out, if you ever get the chance, do it, it’s great fun, but make sure you use the nose clips!

There are very strict limits to what and how much you can carry on the helicopter with you out to the rigs, because of this we have to know the bare minimum of drone and camera gear we can carry and not sacrifice quality and production values. There is also the PPE gear (hard hats, steel cap boots, clothing etc) and personnel gear to consider as well, this trip was just a two day shoot so only the bare minimum was needed.

We have been on other drone shoots offshore for 10 days with a lot of gear. In these cases we have to organise our gear to be freighted by road first and then transferred out to the ship or rig via a support vessel.

Due to another job that had us working offshore at the same time we were unable to film on the rig together with the full film crew, so after getting a full and detailed brief from the director Stefan travelled out to the rig on his own to shoot the aerial video for the project.

Through good planning and experience Stefan was able to arrive on the rig and start shooting straight away filled by some golden hour shoots in the afternoons and morning and all the shots were in the can in a relative short time.

The video was created for Woodside and IBM by The Barbarian Group in New York with production by Taxi Films and directed by Tristan Houghton. It’s also rewarding to be involved in such a creative project in such a challenging location.

Here is the finished video –

Click here to see our services with drone aerial photography.