Behind the Scenes – Making of ECU World Ready TVC 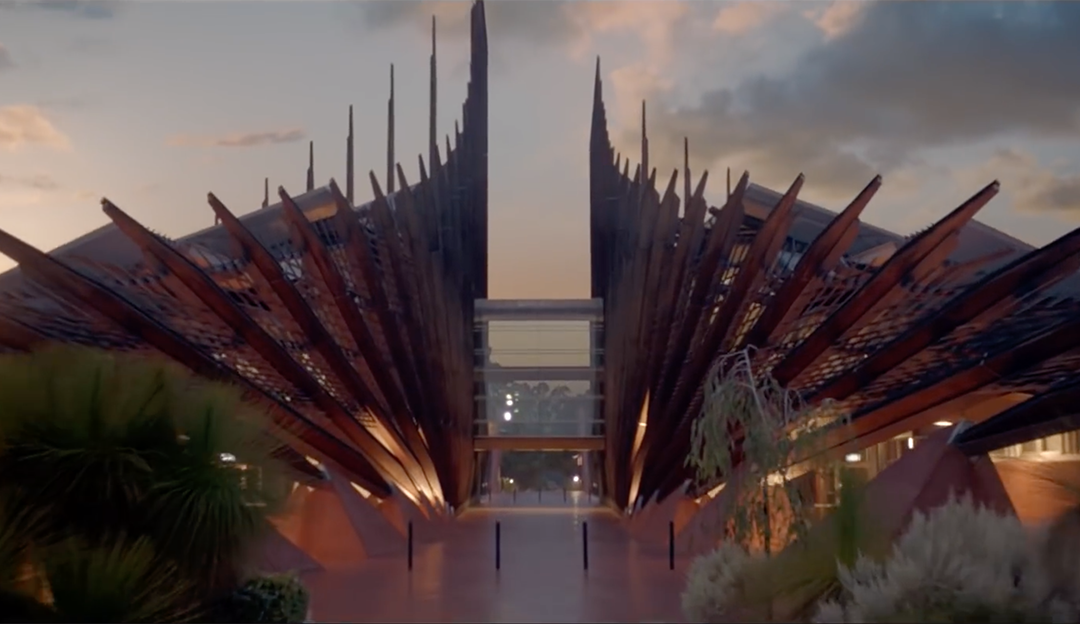 The ECU Bridges shoot was a very technical shoot due to the involved planning needed to pull off the desired VFX of this production in post.

The VFX and production was carried out by the very talented VFX gurus at Siamese. We were supplied with a previz brief of the whole TVC in order to match the shots.

We carried out a recce with a small drone a week before to confirm angles, movements and match lenses with the desired field of view. Director of photography was Patrick O’Sullivan, A-camera was the Alexa XT with Arri Master primes so for the drone we settled for the Alexa Mini with Arri standard primes including focus and iris motors from Location Equipment.

As the ECU Joondalup Campus is located under the restricted military airspace controlled by RAAF Pearce we also had to obtain permission to fly both on the reece and shooting days.

We used our new custom built heavy lift Gryphon “Monster” drone for the shoot which can fly with payloads of up to 10kg and carry anamorphic and panovision lenses.

Our flight path was straight down the “canyon” walkway of the iconic Chancellery Building at ECU which we shot with varying speeds and altitude. One of the shots was later seamlessly transitioned into the varying bridge shots. The challenge was to fly accurately, smoothly and have the camera pan to finish perfectly centred during the move.

This was a very technical shoot but because everything was well researched and planned, the production was very professional and the crew work well as a team, the shoot was hassle free, except for the weather but the VFX team fixed that 😉

If you’re interested in learning more about what we can do for you drop us a line, we’re always open to discussing innovative ways in which to help you achieve spectacular images.

You can see more examples of our work on our portfolio page here.

Thanks for flying with us.