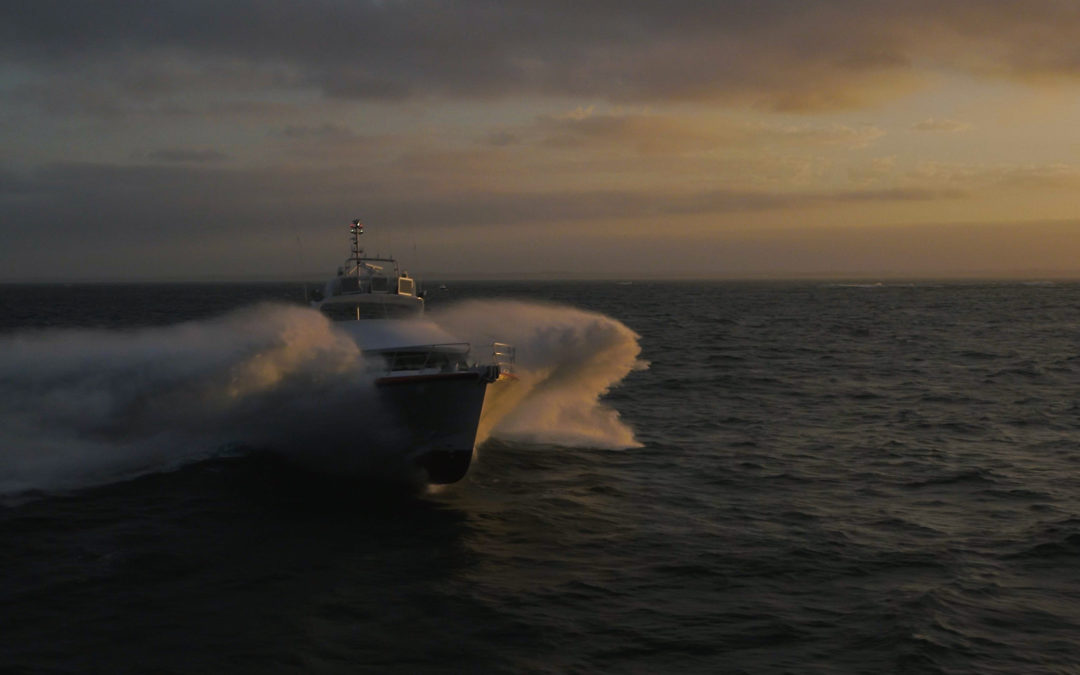 Who Are Dongara Marine?– Located in Dongara, a small town on WA’s Mid West coast, they are a family owned regional business success story. They build large commercial vessels including pilot boats and rock lobster fishing boats. They recently finished and launched the largest ever cray boat in Australia, the $4m “Poppa G”.

They have also just been awarded the contract to build a new Perth Ferry to operate from Elizebeth Quay to South Perth.

The Brief -Shoot aerial and hand held footage of the vessel in operation and create an online corporate video of two minutes in length as a visual showcase of the boat’s features and performance. The footage is also to be incorporated into the library of footage being collated and used in the creation of a company profile video.

We’ve been working with Dongara Marine for a few years filming their pilot boats and other cray boat projects and it’s great working with people who are passionate about what they do.